Trump says he wasn’t joking about slowing down testing because, ya know, “it’s making us look bad.”

He really thinks if we have less tests we have less sick people.  Imagine if that worked for pregnancy tests and if you just didn’t test, your girlfriend wouldn’t be pregnant?!?!

He says “we test much more than any other nation.”

But here’s what I get from the wordometers: 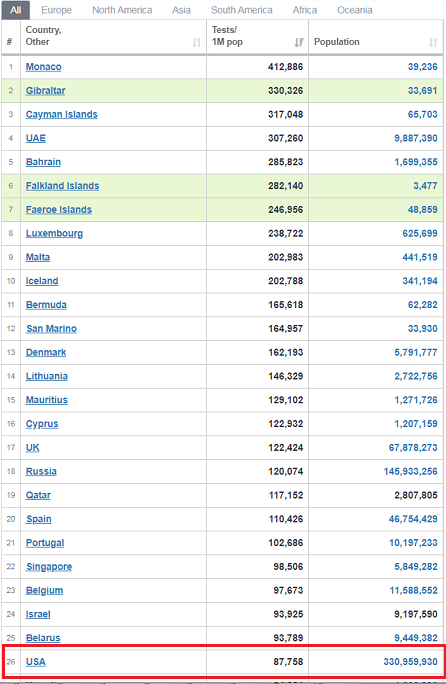 Even ignoring the small countries with less than a million people we’re pretty far back in the pack.  He must have a different definition of “much more” than the rest of us.  But sure, heck yes, let’s slow testing down because it’s a “double-edged sword” and it’s making us look bad what with leading the world in COVID deaths by a large margin.  It’s just that pesky testing that’s making them die! Duh!